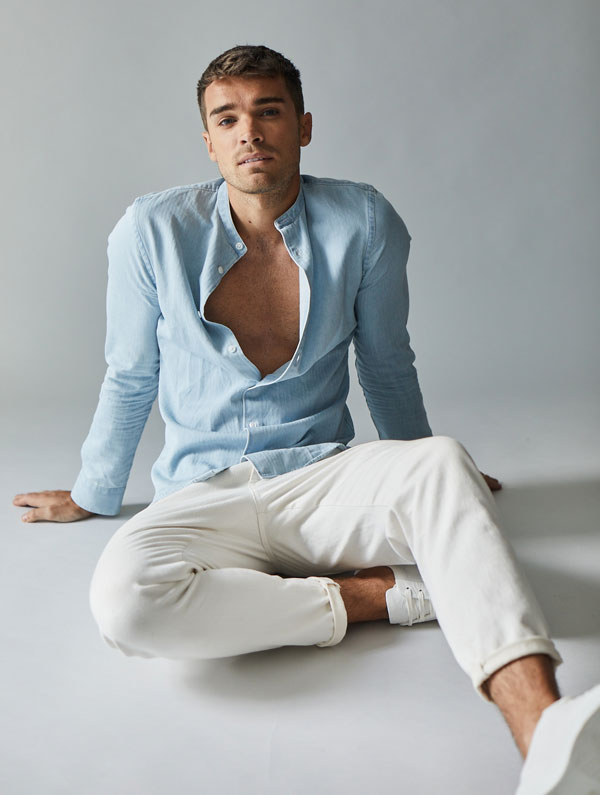 Model, presenter and singer Josh Cuthbert has established himself as a successful young online creative, building a strong social presence with over 400k followers on Instagram and over 500k followers on Twitter, he is the go-to for men’s fashion, beauty and fitness guidance. This has led to him regularly collaborating with high-end luxury brands including; Kooples, Hugo Boss, and this year became an ambassador for Givenchy.

Born in Portsmouth, Josh rose to prominence in 2012 with successful boy band UnionJ on ITV’s The X-Factor, their self-titled debut album reached number 6 in the UK Albums Chart, and a UK and European tour followed. The band won ‘Best British Breakthrough’ at the BBC Radio 1 Teen Awards in 2013.

Since leaving the band, in addition to a busy modelling career, Cuthbert has continued to have a presence in entertainment, having his own show on Heat Radio for two years from 2017, he was also as a contestant and finalist on BBC’s Celebrity Master Chef, and in 2018 was on the cover of Men’s Fitness sharing his own physical and mental wellbeing journey.