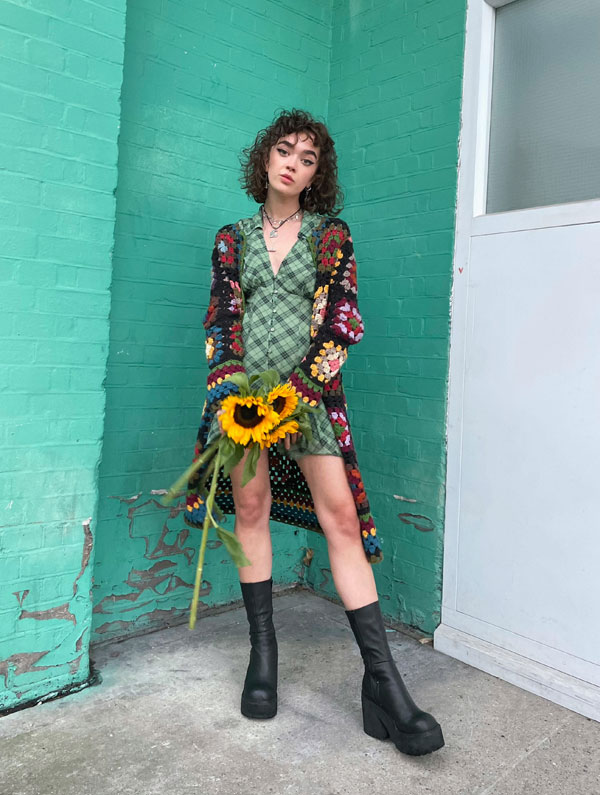 Sophie Seddon is a fashion influencer, born and raised in a small town in the Lake District, Cumbria.

Before turning her eye into fashion, Sophie originally followed in her family footsteps, turning to engineering as a career. Sophie became the only female to secure an apprenticeship as a mechanical fitter amongst hundreds of candidates. Having a passion in fashion, Sophie would style outfits she bought from charity shops and model the pictures and post her outfits online, this caught the attention of several fashion brands, such as Dr Martens and Schuh. As a result, her Instagram gained over 10k followers quite literally overnight.

In 2017, Sophie became unhappy with her work and having saved money from work and Depop sales, she decided to move to quit her job and move to London, a few month after the move, Sophie achieve 250,000 followers on Instagram and she adopted the name of the ‘Pinterest Girl’ as her outfits started going viral on the platform, receiving over a million views a month.

Sophie’s unique style has meant she has worked with the likes of Pandora, Spotify, Levis and Gucci.